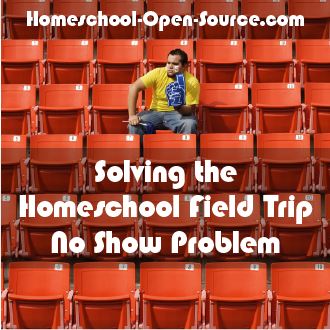 In 1997, when we lived in Florida, my best buddy and I decided to team together to start a homeschool choir for elementary aged kids. Becky would play the piano, I would conduct. We’d hold it at my house.

Since we had, at the time, six elementary aged kids between us, we already had a good start. We opened the group to the local homeschooling community and began to spread the word. We planned to offer the class for free, to make it available to as many as possible, but another homeschool mom disagreed.

Debbie — whose daughter was going to join the choir — warned me that if I offered it for free, people wouldn’t take it seriously. If they didn’t pay something, they would not attend consistently and would not feel committed. With her advice in hand, we charged a nominal monthly fee that would help cover the cost of music.

In 2005, living in Utah, I started a swing choir for teenagers. Given my experience with the Boca Homeschoolers Choir, I followed the same plan. The kids paid for their own costumes and music and added $10 per month — for the sake of feeling invested.

Fast forward to 2013. Although I do run a boys’ game club for homeschoolers, we are too busy to spend much time planning major homeschooling events. Over the past few years I’ve coordinated a few paid events (like musical theater performances and space camp), but a few weeks ago, I offered space in a free event. My mistake.

The venue (the acoustics lab in the BYU physics department) was kind enough to set up two simultaneous tours for two different age groups (grades 4–6 and 7–9). Doing so is a convenience for homeschooling parents because it allows them to bring many of their kids at one time.

Once I created the event, I advertised it around a few groups. Both groups filled up within a day and I informed the Physic department. I had a number of people ask if they could get in, but I could not add more spaces.

The night before the event, the downward spiral began.

One mom contacted me to say she couldn’t come with her two kids. In the next 12 hours, 70% of those who had signed up to come either cancelled or just failed to show up.

Because the reputation of the collective homeschooling community can be impacted by no-shows — and because I had personally made the commitment — I spent more three hours (that I did not have!) scrambling to find people who could come to fill at least a few of the vacated slots. I posted to email lists and Facebook groups. I even sent personal emails and made phone calls to homeschoolers I know in the appropriate age groups.

Of course, some people had unavoidable and unexpected emergencies, but many  made other plans, changed their minds, or didn’t take the responsibility to schedule the event. One person emailed me to say:

I am so sorry we missed the field trip today! We are still adjusting to the demands of homeschooling and did not receive the reminder until a few minutes ago.

While I appreciated the apology, I was surprised she blamed the fact that she hadn’t received my courtesy reminder — for a field trip she explicitly registered for and received ticketing information about.

It’s enough of a problem that three homeschool moms who saw my efforts to fill the spaces emailed me to commiserate and to tell me that was exactly why they had stopped coordinating homeschool events.

Not Just a Homeschool Problem

To be clear, the problem of being unreliable when there is no cash at stake isn’t confined to the homeschooling community. As an entrepreneur and conservative/libertarian, this should have come as no surprise to me. I’ve argued endlessly that when people get “free” stuff (school, healthcare, rent, etc.) they are not nearly as careful with it as they are if they have a financial interest and had to work for the item in question.

It’s the same reason our kids pay for the bulk of their own consumable items and classes and camps as well as for college.

But there is ample information out there if you just look for it. For example, see:

While it would be nice if people were just generally dependable, statistically it’s not true. Are there ways to solve these problems as a matter of group psychology? Are there things we can do to avoid:

Here are some ideas I collected. Please share your own!

Please share your ideas to improve attendance and reliability at homeschooling events in the comments below!

Next post: Do You Need to Be Organized and Detoxified to Begin Homeschooling?

Previous post: HomeLifeAcademy.com – Why I Prefer It as Our “Umbrella” School for High School